The Isle Choral Society was founded in 1981 as an evening class by Peter Carter with a group of around twenty singers who came together about three times a year to give performances for friends and subscribers. When Peter Carter stepped down four years later the role of Musical Director was taken over by Jeffrey Blewett, who directed a wide repertoire over a period of seventeen years. This role was then taken over by Nicholas Haines in January 2003. Nick retired in 2016 and after a spell by Robert Fields, the current Musical Director is Maurice Davies.

The Society has grown in stature over the last 36 years and currently numbers approximately 30 members. New members are always most welcome, and ability to read music is not a necessity, nor is the need for audition.

The Choral Society has four main concert venues, namely the parish churches of St Nicholas at Haxey, St Martin’s at Owston Ferry, St Andrew’s at Epworth and also the All Saints Church, Belton.

Tony joined the choir in 2018 and although a Baritone sings mainly with the Bass section although admits to struggling with the lower register sometimes!  Relatively new to the Isle of Axholme, Tony nevertheless loves the opportunity to socialise with members and participate in concerts throughout the Isle. A Scientist and businessman, Tony is turning to the arts in his more mature years.  “being Chairman is pretty straightforward as I get a lot of support from the committee and other members.”

I joined Isle Choral in early 2019 and was elected treasurer just before we went into lockdown ! Don’t think the two events are related!  This was my first experience, as an adult, of singing in a choir. As a boy I sang in my church choir but could not manage harmonies and still struggle. As an adult I sing in the contemporary music group at Epworth Wesley Memorial Church and at times have augmented the choir at social events.  So I came with little experience and some trepidation. I found a warm welcome and have enjoyed singing an eclectic mix of music, including with
visiting American Choir and the friendship of fellow members.  I show that you do not have to have a great voice or ear just a wish to sing in a group where you will be welcomed.

I am a Methodist minister originally from a small fishing village in Northumberland, where my family still live.

My first degree in Psychology was from Stirling University, and I was still living there when I candidated for the Methodist Church, studying theology in Edinburgh, then moving to Glasgow for my first appointment. After that ministry took me to Durham and 6 years ago to North Lincolnshire where I fell, somewhat by accident into singing with the Isle Choral, having not sung in a choir since High School in the 1980’s.

Outside of ministry and singing I enjoy studying art. Lockdown in 2020 gave me some time to pick up a paint brush and give it a go for myself and while not really very good I find it an absorbing and enjoyable pastime. 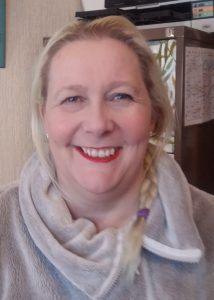 I joined Isle Choral in about 2007. Before that, I had never sung with any kind of choir apart from the enforced choral singing at school. I now sing both with Isle Choral and with Scunthorpe Male Voice Choir.

Like Tony, I am a baritone masquerading as a bass. I come from Wolverhampton and have lived in Crowle for about 30 years. I am still trying to retire from my previous work as a solicitor (but people keep finding things for me to do!).

Isle Choral Singers are a registered charity, with the object of promoting music locally – or as I tend to say, keeping music live in the Isle of Axholme – and I am one of three trustees who make sure the charity operates legally. The day to day running of the choir is in the hands of a committee. Before my retirement, I had my own legal practice in Crowle, working among other things with small charities. This is experience which stands me in good stead when working for those charities of which I am a trustee. As well as Isle Choral, I am a trustee of three other charities – Doncaster Conversation Club, which works with refugees and asylum seekers; Sheffield and Balby Area Quaker Meeting; and Glenthorne, a Quaker guest house in Grasmere.

Unlike Tony and Angy, I have no artistic ability whatsoever – I can’t speak for John. 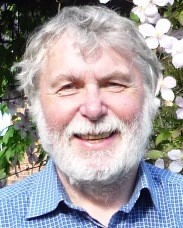 Designed by It's Easy 2.